Some functionality of the website is not currently available due to technical difficulties. We're working on fixing the issue.

Everyone has to start somewhere 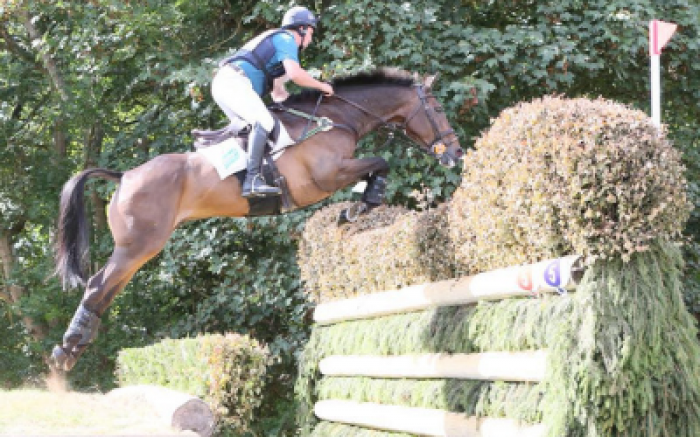 International Event Rider and producer Matthew Wright blogs on the current state of the equestrian industry and shares some of the things he has learnt along the way....

"Champion trainer Nicky Henderson said he was "frightened to death" by the staffing situation within the equestrian and racing industry.

Dan Skelton, another major employer was among those to support his view and was in agreement of some of the difficulties the industry is facing in finding good staff.

I’m not pretending it's not a problem, but I don't think the horse industry is alone in facing this dilemma – I also think skilled trades such as builders, joiners, electricians etc, are also finding similar problems in sourcing new recruits.

But why is this? Is it the work ethic of young people that is different or is it the employers that need to adapt to the new generation? Are the colleges doing enough to train people to the standards the industry requires and are apprenticeships less popular than they’ve ever been? If so, why?

Despite my father originally being a builder, my parents have always been professional horse people and had their own yard, so I was lucky enough to have had a good grounding from the start.

The standards that they had were instilled into me from a very young age. They were still keen for me to learn as much as I could from other people, so made me do an apprenticeship and stints working on other professional yards.

I realise I was also very lucky to be able to learn from some of the best people in the industry through the contacts my father had. All I ever wanted to do was ride, and I feel very honoured to have ridden on the Pony, Young Rider and Senior European Great Britain teams by the age of 30.

I had seventy horses in at one point, many of which I was risking my neck on. Most days started at 4am and finished at 8pm, by which time I would usually be ready for bed.

I had to take a chance on a lot of horses and usually try and turn them into something that most people would have thought they weren’t. But I had to get results, make money and move myself up the professional ladder.

It would have been impossible to have ever achieved anything over the years though without the great team of people that I’ve had behind me. But that’s what makes horses so special whatever the discipline. It’s as much the people looking after the horses and level of care that the grooms put in, which contributes to the overall success of the horse.

Grooms are crucial to keeping the horses happy and performing well, which is why employers really want a groom who is passionate and will take the time to get to know the horses as individuals.

Likewise for those who are aspiring riders, if you can survive the hard knocks, and trust me there will be plenty, the rewards are there in the end.

As you can imagine we’ve had a lot of staff over the years, some great and some who have only lasted a couple of days. It’s not easy working on a professional yard, and there may be times when the employer is feeling under pressure themselves.

It might be a result of an injury to a horse, tight budgets, a tricky conversation with an owner and the list goes on.

Sometimes I think until staff really get to know the rider they’re working for, they can take things like this very personally, but communication under all circumstances is an essential part of being a boss, including when things go wrong.

My advice to grooms would be to always assess the situation or the task you’ve been asked to do and remember you’re far better to ask for help if you’re not sure of something than get it wrong.

One thing that I’ve been very guilty of over the years and where I have gone wrong, is that because we’ve had a lot of very good grooms who could do everything, we let them just get on with it and didn’t train some people who genuinely wanted to learn.

I think because the horses were always out in public and how they are presented is a reflection of your yard and the standards on it, I never wanted to risk them looking bad.

But in hindsight there are always horses people can practice on, and until you practice and keep doing it, you don’t ever learn and improve. Likewise employers should be forthcoming in giving people the opportunities to learn.

I remember when I was growing up a normal working week, not just on our yard but in most equestrian establishments back then, was six days a week.

Most apprentices earned £50-£80 a week and the novelties they would go for were accommodation and to take their own horse for training.

I think the British Grooms Association and Equestrian Employers Association are playing a great part to encourage grooms to find jobs with the correct payroll and are compliant with legislation and the National Minimum Wage.

If paid a good wage and treated fairly, the incentives to want to work in the industry are much higher because it allows more people to do so.

I am also aware young people have to stay in further education now until they’re eighteen and if not coming from a horsey background, apprenticeships and equestrian colleges are the only option.

Therefore, it is not the young person’s fault that they have to start out in a college environment. I imagine a large percentage of students will use the BTEC’s or Diplomas in equestrian studies to gain enough UCAS points to go on to do a degree, possibly not even in horses. But for those who complete the course and want to find employment in an equestrian establishment, this is often difficult.

My wife was a college student that did a BTEC National Diploma in Horse Management. Over half the people on the same course as her didn’t pursue horses as a career.

She wasn’t from a horsey background, had no knowledge and learnt to ride in a riding school from the age of seven. The course was a lot of written and theory work, the majority explained on a power point presentation.

When she left, she gained more experience from other riders than she ever did at the college.

This is why we are always very sympathetic to students that are out of college and have to learn to do things in a professional environment as opposed to a riding school one.

Everybody has to start somewhere, but don’t think that because you have a certificate that you will be paid the same wage as a top Head Girl.

For the grooms wanting to succeed in today’s equestrian industry or be a top head groom, attitude is everything.

I don’t care if somebody has no knowledge or experience as long as they have a strong desire to want to learn and they genuinely care about the horses. This is the most important thing I think.

I don’t want somebody who just treats it as a job and wants to clock off at five every day because they’re going out. They should want to stay to get things done, but equally be paid for that time as well.

They know that if something is not right I would always rather get a phone call or be asked questions than have something go unnoticed. This is hugely reassuring when trying to run a professional yard if you trust your staff."

BACK TO BLOG HOME
OUR PARTNERS